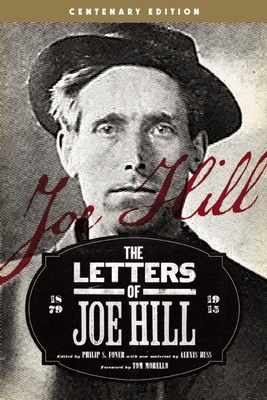 The Letters of Joe Hill (Paperback)

"Joe Hill's influence is everywhere. Without Joe Hill, there's no Woody Guthrie, no Dylan, no Springsteen, no Clash, no Public Enemy, no Minor Threat, no System of a Down, no Rage Against the Machine."--Tom Morello, from the foreword

Radical songwriter and organizer Joe Hill was murdered by the capitalist state in 1915, but his songs continue to inspire working-class activists and musicians. In this collection of letters, assembled by radical historian Philip Foner with new material by Alexis Buss, readers are provided a window into the political reflections and personal struggles behind Hill's legend.

Joe Hill was a Swedish-American labor activist, songwriter, and member of the Industrial Workers of the World (IWW, also known as the "Wobblies") Philip S. Foner was one of the most prominent Marxist historians in the United States. A prolific author and editor, he tirelessly documented the lives of workers, African Americans, and political radicals. Shut out of academic employment for a quarter century because of his political affiliations,
or
Not Currently Available for Direct Purchase
Copyright © 2020 American Booksellers Association