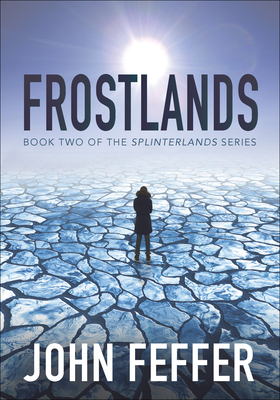 Arcadia's defense corps is mobilized to defend against what first appears to be a routine assault, one of the many that the community must repulse from para- military forces every year. But as sensors report a breach in the perimeter wall, even 80-year-old Rachel Leopold shoulders a weapon and reports for duty. The attack, it turns out, has been orchestrated by one of the world's largest corporations, CR ISPR International, and it is interested primarily in stopping Rachel's research into stopping global warming. As Arcadia prepares to defend itself against the next CR ISPR attack, Rachel contacts Emmanuel Puig, the foremost scholar of her ex-husband's work, to get information that she can use to stop CR ISPR . Arcadia intersperses the action with short reports from Emmanuel Puig on his interactions with Rachel as they meet, via V R, in different parts of the world--Brussels, Ningxia, and finally Darwin. The novel concludes with an explosive, unexpected twist that forces a reevaluation of all that has come before.

John Feffer is a playwright and the author of several books including Aftershock: A Journey into Eastern Europe's Broken Dreams and the novel Splinterlands. His articles have appeared in The New York Times, The Washington Post, The Nation, Salon, and others. He is the director of Foreign Policy In Focus at the Institute for Policy Studies.
or support indie stores by buying on