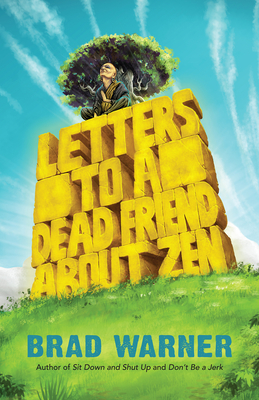 Letters to a Dead Friend about Zen

The night Brad Warner learns that his childhood friend Marky has died, Warner is about to speak to a group of Zen students in Hamburg, Germany. It's the last thing he feels like doing. What he wants to do instead is tell his friend everything he never said, to explain Zen and what he does for a living and why he spends his time "Sitting. Sitting. Sitting. Meditating my life away as it all passes by. Lighting candles and incense. Bowing to nothing." So, as he continues his teaching tour through Europe, he writes to his friend all the things he wishes he had said. Simply and humorously, he reflects on why Zen provided him a lifeline in a difficult world. He explores grief, attachment, and the afterlife. He writes to Marky, "I'm not all that interested in Buddhism. I'm much more interested in what is true," and then proceeds to poke and prod at that truth. The result for readers is a singular and winning meditation on Zen -- and a unique tribute to both a life lost and the one Warner has found.

Brad Warner, a Soto Zen priest, is also a punk bassist, film-maker, and blogger. He is the founding teacher of the Angel City Zen Center in Echo Park, Los Angeles.
Loading...
or support indie stores by buying on