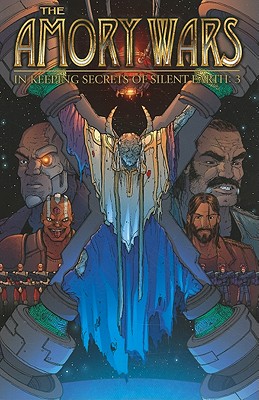 Claudio Sanchez is the frontman for the acclaimed rock band Coheed and Cambria, as well as the writer/creator of the hit comic book series KILL AUDIO. Peter David is a prolific author whose career, and continued popularity, spans nearly two decades. He has worked in every conceivable media: Television, film, books (fiction, non-fiction and audio), short stories, and comic books, including a twelve-year run on THE INCREDIBLE HULK, a run on WOLVERINE, several episodes of BABYLON 5, and many of the best-loved STAR TREK novels.
Loading...
or support indie stores by buying on