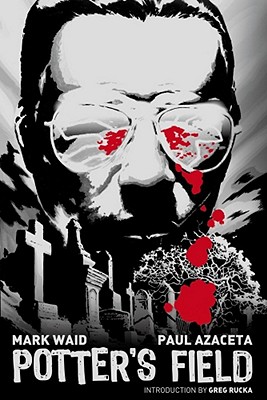 A new vision of noir from legendary writer Mark Waid, author of the multiple Eisner Award-winning KINGDOM COME and the Eisner and Harvey Award-nominated IRREDEEMABLE, and artist Paul Azaceta of PUNISHER NOIR. Outside New York City is Potter's Field, where the unnamed dead are buried. Now, a mysterious man has taken it upon himself to name the unnamed in this cemetery. Using a network of underground operatives, he fights to save the unsaved and solve the mysteries of the unjustly slain.

Mark Waid, Alabama native and current Los Angeleno, has written stories for every major comics publisher, and his seminal graphic novel, KINGDOM COME, for DC Comics, is one of the best-selling graphic novels of all time. As Chief Creative Officer of BOOM! Studios, he has written bestselling graphic novels POTTER'S FIELD, INCORRUPTIBLE and the multiple Eisner and Harvey Award-nominated IRREDEEMABLE. New Yorker Paul Azaceta burst on to the comic book scene with his head-turning work on Image Comics' GROUNDED, followed with BOOM! Studio's TALENT. Paul is currently in high demand at Marvel Comics, working on everything from the critically acclaimed PUNISHER: NOIR to AMAZING SPIDERMAN.
Loading...
or
Not Currently Available for Direct Purchase