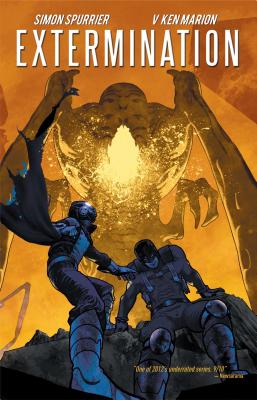 The pulse-pounding conclusion to the odd couple superhero alien invasion Nox, a driven hero, and Red Reaper, a ruthless villain, form a volatile partnership in the wake of an apocalyptic alien invasion. The two arch-enemies have survived the attacks of the deadly EDDA, traversed the post-apocalyptic landscape of the U.S., and formed a rag-tag alliance of former heroes and villains. Now...they plan to strike back. Heroes will die... it's just a matter of how many...

Simon Spurrier is an award-winning comics writer who got his start on the legendary British comics anthology 2000 AD. Spurrier has gone on to write X-CLUB, FEAR ITSELF: THE HOMEFRONT, WOLVERINE: DANGEROUS GAMES, and most recently X-MEN: LEGACY for Marvel Comics, as well as CROSSED: WISH YOU WERE HERE for Avatar Press, in addition to a successful career as a novelist.
or
Not Currently Available for Direct Purchase