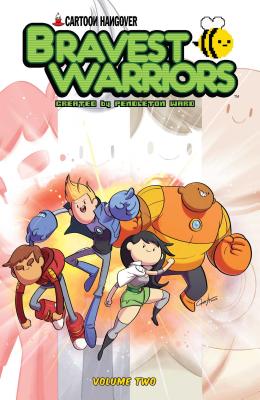 Join Beth, Wallow, Chris, Danny and Plum as they travel the multiverse saving folks and generally being totally rad dudes! Having to go undercover at a Miss Multiverse Pageant, will our heroes be able to save the day? Will they be able to figure out where all the missing brains are going? Who will sav--what was that again...MISSING BRAINS?! Based on the hit web series from ADVENTURE TIME creator Pendleton Ward! POWER! RESPECT!

Joey Comeau is a Canadian webcomic writer and novelist. He’s best known for his webcomic, A Softer World with photographer Emily Horne, and his novel Overqualified. A Softer World won the first Web Cartoonists' Choice Award for photographic webcomic in 2007. Mike Holmes is a Canadian web cartoonist, best known for his weekly web comic strip, True Story. His first graphic novel, "Shenanigans", was published by Portland, Oregon-based Oni Press in 2007. Holmes has created award-winning and nominated album art, show posters and music videos.
Loading...
or support indie stores by buying on
(This book is on backorder)