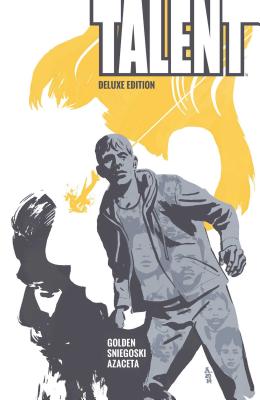 He knows everything, except why they want to kill him. When a plane mysteriously crashes, sole survivor Nicholas Dane discovers he can channel his fellow dead passengers' talents. Chased by the killers who destroyed the plane, Dane fights to stay a step ahead of death, while piecing together the puzzle pieces of his life. For our next full-size reprint of classic titles we decided to spotlight an early series from modern master artist Paul Azaceta (THE AMAZING SPIDER-MAN), written by Christopher Golden (SONS OF ANARCHY) and Tom Sniegoski (B.P.R.D.). For the first time ever, Azaceta's realization of Golden and Sniegoski supernatural thriller can be seen in full-size glory. All the explosions, chases, and mayhem are now seen they way they were always meant to be.

CHRISTOPHER GOLDEN is the award-winning, bestselling author of such novels as The Myth Hunters, Wildwood Road, The Boys Are Back in Town, The Ferryman, Strangewood, and Of Saints and Shadows. He has also written books for teens and young adults, including Poison Ink, Soulless, and the thriller series Body of Evidence, honored by the New York Public Library and chosen as one of YALSA's Best Books for Young Readers. Golden is also known for his many media tie-in works, including the worlds of Buffy the Vampire Slayer, Hellboy, X-Men, and Sons of Anarchy. Paul Azaceta is a comic book artists whose artwork has appeared in the Image series GROUNDED as well as the Marvel titles DAREDEVIL and THE AMAZING SPIDER-MAN. His current project is OUTCAST, written by Robert Kirkman, co-creator of THE WALKING DEAD.
Loading...
or
Not Currently Available for Direct Purchase