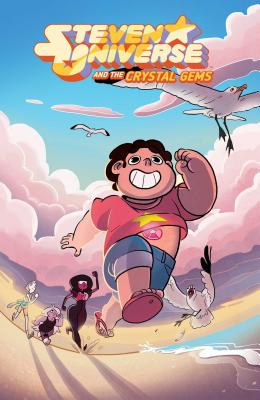 When Steven Universe takes his super heroic pals, the Gems, on a camping trip, he decides it’d be fun to tell them a scary story. But the Gems—Garnet, Amethyst, and Pearl—have a spooky yarn of their own where a monster turns bad Gems to glass. It’s of little consequence until citizens of Beach City turn up frozen!

Rebecca Sugar is an American animator, director, screenwriter, producer, and songwriter. She is well known for creating the Cartoon Network series Steven Universe, which has made her the first woman to independently create a series for the network. Sugar was formerly a writer and storyboard artist on the animated television series Adventure Time, until 2013. Her work on the two series has earned her five Primetime Emmy Award nominations.
Loading...
or support indie stores by buying on