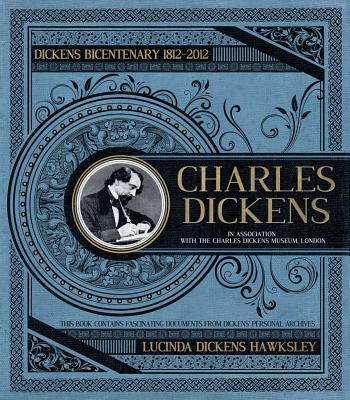 Charles Dickens is the definitive interactive illustrated guide to the man and his works. Produced in association with the Charles Dickens Museum, London, it follows Dickens from early childhood, including his time spent as a child labourer, and looks at how he became the greatest celebrity of his age, and how he still remains one of Britain's most renowned literary figures, even in the twenty-first century. It is an intimate look at what he was like as a husband, father, friend and employer; at his longing to be an actor, his travels across North America, his year spent living in Italy and his great love of France. It introduces Dickens's fascinating family and his astonishing circle of friends, and we discover when and how life and real-life personalities were imitated in his art. Charles Dickens was an intriguing personality. He was a man far ahead of his time, a Victorian whose ideals and outlook on life were better suited to the modern world. With beautiful photographs and artworks, and many never before seen facsimile documents from Dickens's own archives, Charles Dickens brings to life this extraordinary and complex man, whose name remains internationally revered and whose work continues to inspire us today.

Lucinda Dickens Hawksley is the great-great-great granddaughter of Charles Dickens and a patron of the Charles Dickens Museum in London. She has written more than 20 books, including Lizzie Siddal, The Tragedy of a Pre-Raphaelite Supermodel (2004) and Katey, The Life and Loves of Dickens's Artist Daughter (2006). A lecturer as well as a writer, Lucinda is an expert in Dickens's family life and has been awarded a fellowship to study the life of Augustus Dickens (Charles's brother and the original "Boz") at the Newberry Library in Chicago.
Loading...
or
Not Currently Available for Direct Purchase