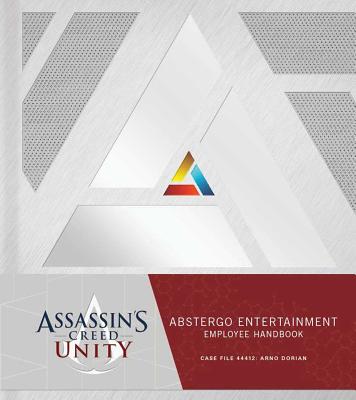 A thrilling, in-world overview of Abstergo Industries, the mysterious organization at the center of the Assassin’s Creed® franchise.

Agent: At Abstergo Entertainment, history is an experience. Our work not only enriches lives, it brings out truths that time has forgotten. But as many of our analysts have learned, testing these experiences is not easy. These files represent the work of the first analyst to take on the case of Subject 44412—Arno Dorian. Living through the bloodiest days of the French Revolution, Dorian’s life certainly took many dark turns, but those memories and choices are his own. Up until now, Dorian has proven to be one of the biggest challenges for our research team. We believe that there is valuable information to be gleaned from this subject, and our hope is that you will succeed where others have failed. Familiarize yourself with your predecessor’s file as you make your way through this case. Steel yourself, and stay focused. Don’t let us down. Your work so far has not gone unnoticed. Here is your chance to prove yourself. © 2014 Ubisoft Entertainment. All rights reserved. Assassin's Creed, Ubisoft, and the Ubisoft logo are trademarks of Ubisoft Entertainment in the US and/or other countries. “No doubt this book will be a must read for any Assassin’s Creed fans out there and will certainly be a nice addition to pick up whilst you’re buying your copy of Assassin’s Creed: Unity.” —Playstation Enthusiast

Award-winning and seven-time New York Times best-selling author Christie Golden has written over 40 novels and several short stories in the fields of science fiction, fantasy, and horror. Among her many projects are novels for Star Trek, Star Wars—includi

Karl Kerschl is no stranger to the world of Assassin’s Creed. He co-wrote and co-illustrated three original Assassin’s Creed graphic novels: The Fall, The Chain, and the recently released Brahman. When he’s not working with Ubisoft, he’s drawing superhero comics for DC Comics and Marvel or updating his weekly webcomic, The Abominable Charles Christopher. You can find more of his work at karlkerschl.com. He lives in Montreal.

Andy Belanger works as a freelance cartoonist and illustrator out of the Montreal-based Studio Lounak; he does work in the mainstream comic market, plus a wide variety of work for the Canadian film and television industry. In the mainstream comic market,
or
Not Currently Available for Direct Purchase
Copyright © 2020 American Booksellers Association