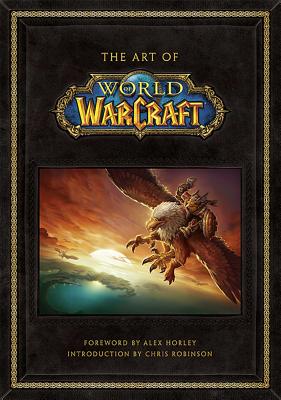 The Art of World of Warcraft (Hardcover)

Timed to the twentieth anniversary of the blockbuster Warcraft franchise, The Art of World of Warcraft celebrates the groundbreaking art of the complete series to date.

In the ten years since its inception, World of Warcraft® has revolutionized the role-playing genre, creating the immense world of Azeroth and filling it with iconic characters and legendary weapons and environments. Featuring interviews with key developers and telling the complete story of the game’s evolution, this fully illustrated book vibrantly displays the renowned artwork at the heart of the franchise. Including never-before-seen art from the latest World of Warcraft expansion, Warlords of Draenor, The Art of World of Warcraft will contain hundreds of drawings and concept art, forming the ultimate tribute to the epic gaming franchise.

Known for blockbuster hits including World of Warcraft® and the Warcraft®, StarCraft®, and Diablo® franchises, Blizzard Entertainment, Inc. is a premier developer and publisher of entertainment software renowned for creating some of the industry’s most critically acclaimed games. Blizzard Entertainment’s track record includes thirteen #1-selling games and numerous Game of the Year awards.
or support indie stores by buying on
(This book is on backorder)
Copyright © 2020 American Booksellers Association