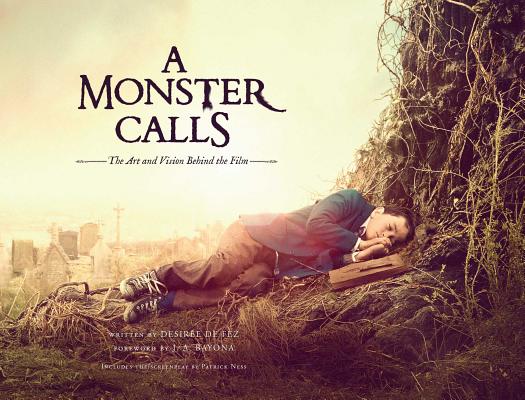 The Art and Vision Behind the Film

Discover the incredible story behind the creation of A Monster Calls, the new film from visionary director J. A. Bayona (The Impossible), based on the acclaimed novel by Patrick Ness.

A Monster Calls tells the story of Conor O’Malley (Lewis MacDougall), a young boy whose world has been turned upside down by his mother’s (Felicity Jones) terminal illness. Conor’s life is thrown further into disarray when he is visited by a gigantic monster, formed from the bark of a tree in a nearby churchyard. The monster vows to tell Conor three stories over several visits and demands that Conor must then tell his own story. As his mother’s health worsens and Conor struggles to deal with everyday life and the visits of the monster, he must confront his worst fears to survive.

Also featuring the voice of Liam Neeson as the monster, plus an exceptional performance by Sigourney Weaver as Conor’s grandmother, A Monster Calls is an emotionally gripping tale delivered with style and panache by director J. A. Bayona, whose next film is the much-anticipated Jurassic World 2.

This book tells the full story of the creation of A Monster Calls through revealing interviews with the cast and crew—including Bayona, MacDougall, Jones, Neeson, and Weaver—and stunning behind-the-scenes visuals, such as concept art and on-set stills. The Art of A Monster Calls also delves into the electrifying special effects that bring the titular behemoth to life and the creation of the unique animated segments that accompany the monster’s stories in the film.

The ultimate companion to one of the most exceptional films of 2016, The Art of A Monster Calls is a must-have for film fans.

DESIRÉE DE FEZ is a film critic whose work has appeared in media outlets such as Fotogramas and the television channel TCM. A member of Sitges–International Fantastic Film Festival of Catalonia, she has written several books, among them one on the making of J. A. Bayona's The Impossible, and has contributed to numerous anthologies of film criticism. She lives in Barcelona, Spain.

J. A. BAYONA is the director of two of the most internationally acclaimed and award-winning Spanish films, The Orphanage (2007) and The Impossible (2012). Creator of several short films and cult videos, he also is the director of the first two episodes of the Showtime television series Penny Dreadful. A Monster Calls is his third feature film. He lives in Barcelona, Spain.
or
Not Currently Available for Direct Purchase
Copyright © 2020 American Booksellers Association