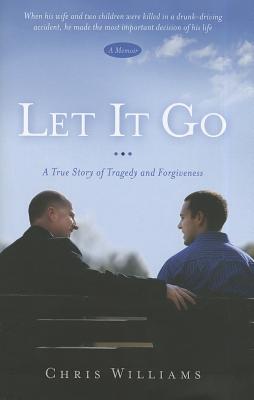 A True Story of Tragedy and Forgivenesss

On a cold February night in 2007, a devoted father of four and a seventeen-year-old drunk driver both received life sentences. In one violent, devastating instant, both faced a drastically different and uncertain future. But as Chris Williams sat in his demolished vehicle, staring at the car that had just caused the death of his wife, his unborn baby, his nine-year-old daughter, and his eleven-year-old son, he committed to do something extraordinary: he would forgive.
That decision launched Chris on a journey toward healing that impacted his family and friends, the young man who caused the accident, and an entire community a community that would face another deadly tragedy just a few days later.
Chris's message of empowering forgiveness is an invitation to all who have suffered, however unjustly, to lay down their burdens and "let it go.

Chris Williams was born and raised in Salt Lake City, Utah. After serving a mission to Paraguay for The Church of Jesus Christ of Latter-day Saints and graduating from the University of Utah, he went to work as an IT architect and systems engineer. He is now an executive with IBM. After the death of his wife, Michelle, and two of their four children, he married Mikkel Fuhriman Jones, a widow with two young children and they have expanded their family with the birth of two daughters. He and his family live in Salt Lake City.
Loading...
or support indie stores by buying on