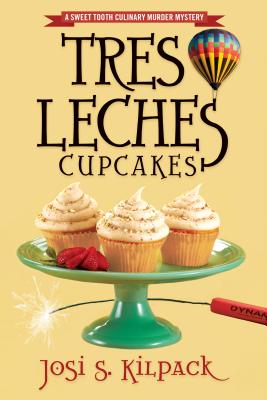 For Sadie Hoffmiller, going undercover as an informant for the Bureau of Land Management on an archeological site in Santa Fe, New Mexico, seems like the perfect way to stay safe and busy while a threat against her life remains unresolved. Sadie's days are spent digging up artifacts in the middle of nowhere, but she's also digging up information on her fellow "dirt geeks." With the help of her baking prowess and Pete's cousin, Caro, who takes to the detective work wholeheartedly, Sadie is finding herself again.

But when recent burials are found on an ancient site, Sadie finds herself in the middle of an unexpected--and unwanted--investigation. The more she digs for the truth, the more secrets she uncovers--secrets that people would kill to keep hidden. Before Sadie knows it, she's arrested for starting a bar fight (which was totally not her fault), her new friend is missing, and she's worn out her welcome in Santa Fe in more ways than one. A trip to the annual hot air balloon fiesta in Albuquerque is supposed to give her a break, but before long, she learns that when you're dealing with the black market antiquity trade, you're not really safe anywhere.