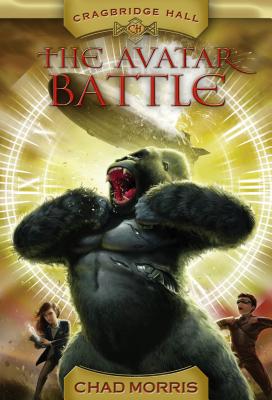 In book 2 of this trilogy, Abby and Derick begin their second semester at Cragbridge Hall, the most prestigious secondary school in the world. But when Grandpa Cragbridge admits them to the Council of Keys--a secret group of people who have keys to travel back in time--strange things begin to happen. One by one, members are found unconscious and unable to wake, their keys stolen. Now Abby and Derick must scramble to figure out who is behind the attacks before they become the next victims, which would give their enemy the power to change the past forever. This is a page-turning, time-traveling history adventure with themes about choice and consequence and believing in yourself to do hard things.

Chad Morris grew up wanting to become a professional basketball player or a rock star. Neither of those plans quite panned out. While going to college, he wrote and performed sketch comedy and eventually became a teacher and a curriculum writer. He lives in Utah with his wife and five kids. Chad would love to teach at Cragbridge Hall. Unlike Oscar Cragbridge, he hasn't really invented anything, though his young son once sketched out blueprints for a machine that would turn celery into cookies.
Loading...
or
Not Currently Available for Direct Purchase