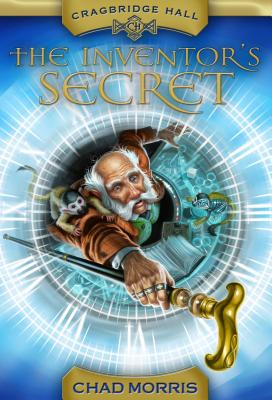 Imagine a school in the year 2074 where students don't read history, but watch it happen around them; where running in gym class isn't around a track, but up a virtual mountain; and where learning about animals means becoming one through an avatar. Welcome to Cragbridge Hall.

Twins Abby and Derick Cragbridge are excited as to use their famed grandfather's inventions at their new school. But when their grandfather and parents go missing, the twins must follow a mysterious trail of clues in order to find out where their family is, learn who they can trust, and discover what secrets are hidden within Cragbridge Hall.

Abby and Derick are soon caught in a race against a fierce adversary to discover their grandfather's greatest secret--a dangerous discovery that could alter both history and reality.

Chad Morris grew up wanting to become a professional basketball player or a rock star. Neither of those quite panned out. After high school, he wrote and performed sketch comedy while going to college, and eventually he became a teacher and a curriculum writer. He lives in Utah with his wife and five kids.
Loading...
or support indie stores by buying on