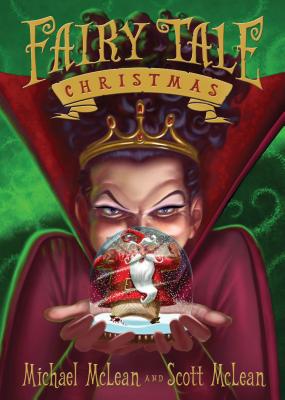 Santa Claus has been kidnapped Behind the plot are the mischievous and evil characters of fairy tale stories--an evil queen, a wicked stepmother, a sorceress, the beanstalk giant, and Rumpelstiltskin. They have a plan that will erase the term "Happily Ever After" from storybooks forever. It's nearly Christmas Eve and time is running out. Can Santa and the fairy-tale heroes save the day and bring Christmas to all the children of the world? Will anyone have a "Happily Ever After" again? Fairy Tale Christmas reminds us all that there is good in everyone and that the magic of Christmas can soften any heart.

Michael McLean has released more than two dozen albums, has written, produced, and directed award-winning films and television commercials, and has annually presented his landmark Christmas production, The Forgotten Carols, based on his book, to sold-out audiences throughout the United States since 1991. Scott McLean is an actor, songwriter, and playwright. A graduate of The American Academy of Dramatic Arts (NYC) and The National Theatre Conservatory (Denver), Scott lives, creates, acts, and auditions in New York City.
Loading...
or
Not Currently Available for Direct Purchase