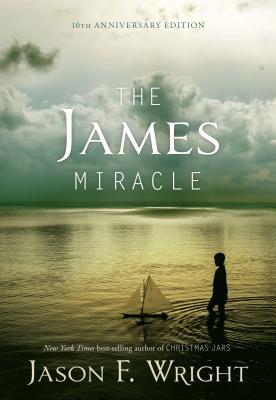 Sam and Holly Foster seemed to enjoy near-perfect lives. Each claimed a successful career and a legacy of goals set and achieved. Held above their possessions and accomplishments was their only child, James. He was the son they promised to raise together and the reason they came home each night. But when a life crisis jolts the Fosters from their comfortable routines, Sam and Holly find the foundation of their family tested to the breaking point until chance encounters guided by a higher power bring the couple back together.

Jason Wright is a New York Times, Wall Street Journal, and USA Today bestselling author. He is the author of The James Miracle (2004); Christmas Jars (2005); The Wednesday Letters (2007); Recovering Charles (2008); Christmas Jars Reunion (2009); Penny's Christmas Jar Miracle (2009); The Cross Gardener (2010); The Seventeen Second Miracle (2010); The Wedding Letters (2011); and The 13th Day of Christmas (2012). Articles by Jason have appeared in over 50 newspapers and magazines across the United States including The Washington Times, The Chicago Tribune, and Forbes. He has been seen on FoxNews, CNN, CSPAN and on many local and national radio shows. He lives with his wife, Kodi, and their four children in the Shenandoah Valley of Virginia.
Loading...
or
Not Currently Available for Direct Purchase