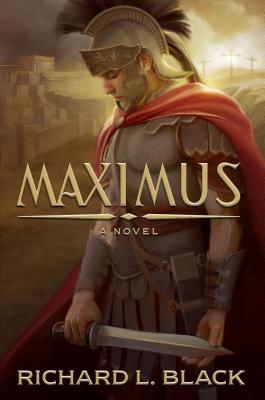 General Maximus is commander of Rome's finest legions. He has known violence his entire life. When he and his best friend, Androcles, return from a long, bloody campaign, Maximus finds himself questioning his life. Word has reached Rome of a man named Jesus who is causing a stir in faraway Judea. Maximus and Androcles are sent to ascertain the truth of the situation. Disguised as a Jew, Maximus slowly begins to understand the true teachings of Jesus in this epic story of one man's faith-building journey to find the purpose of life.

Richard L. Black is a writer with a background in the software industry who has worked closely with Department of Defense and intelligence community, an experience which informs his writing style which shows a flair for undercover mystery and intrigue. A native of San Diego, he now lives with his family in the Southwest and is an avid car enthusiast and guitar player. This is his debut novel. Quote from Ricard L. Black: "I am always impressed with people that come from a different background that discover Christ and choose to follow him. I think it almost requires a higher degree of faith and self-reliance as opposed to leaning on the belief of others. Maximus came from a decidedly different background. His experiences had to be a compelling one and his faith had to be great to fully accept the change and challenge in his life that becoming a disciple would bring. Maximus was looking for change in his life and when he encountered Jesus he knew: His ears heard and his eyes saw. His conversion in the book is very powerful and swift because he was receptive to the message, willing to make the change and, because of his life experience in war and conflict, was deeply in need of Jesus's message."
Loading...
or
Not Currently Available for Direct Purchase