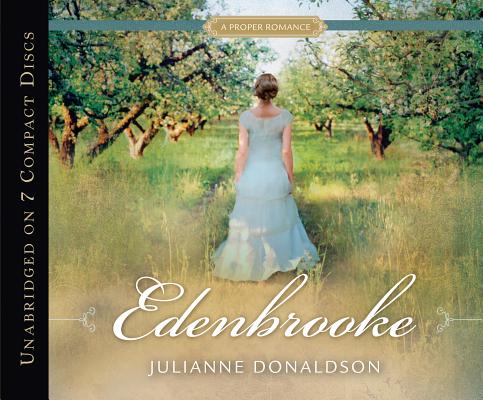 Marianne Daventry will do anything to escape the boredom of Bath and the amorous attentions of an unwanted suitor. So when an invitation arrives from her twin sister, Cecily, to join her at a sprawling country estate, she jumps at the chance. Thinking she'll be able to relax and enjoy her beloved English countryside while her sister snags the handsome heir of Edenbrooke, Marianne finds that even the best laid plans can go awry.

From a terrifying run-in with a highwayman to a seemingly harmless flirtation, Marianne finds herself embroiled in an unexpected adventure filled with enough romance and intrigue to keep her mind racing. Will Marianne be able to rein in her traitorous heart, or will a mysterious stranger sweep her off her feet? Fate had something other than a relaxing summer in mind when it sent Marianne to Edenbrooke.

Julianne Donaldson grew up as the daughter of a U.S. Air Force fighter pilot. She learned how to ski in the Italian Alps, visited East Berlin before the wall came down, and spent three years living next to a 500-year-old castle. After earning a degree in English, she turned her attention to writing about distant times and places. She lives in Utah with her husband and children. You can find her online at www.juliannedonaldson.com.
Loading...
or
Not Currently Available for Direct Purchase