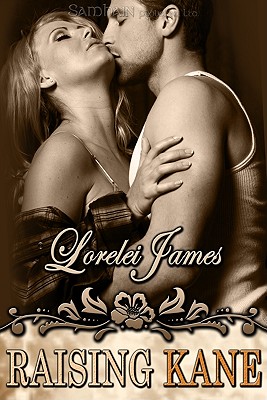 She surrendered the reins. Now he’s raising the stakes. When a patch of ice sends attorney Ginger Paulson head-over-high-heels down a flight of stairs, she has no one to care for her young son and her invalid father—until lethally sexy Kane McKay shows up at the hospital, determined to prove his cowboy chivalry. Past experience has inoculated her against take-charge men, but even Ginger isn’t immune to Kane’s invasive charm and Built Ford Tough body. For two years rancher Kane McKay has followed the Little Buddies mentoring program’s cardinal rule—hands off his Little Buddy Hayden’s mama. But one look at Ginger’s bruised body and Kane is through watching the stubborn woman take care of everyone but herself. The feisty, curvy redhead needs his help, and he’ll give her the hands-on type whether she likes it or not. After Kane throws out doctor’s orders and issues his own demands—her full sexual submission—Ginger realizes Kane’s caring nature extends beyond just fulfilling her physical needs. Can the former hell-raiser convince the gun-shy single mom to look beyond his past…toward a shared future? Warning: Contains one sweet and hot hunk of cowboy manflesh who uses every sexual trick in the book to render a sassy, fast-talking attorney speechless and put a new twist on the term “binding arbitration”.

When Lorelei James is not squirreled away behind her laptop in the Black Hills of Western South Dakota, she can be found reading, shootin' her .22, watching the Professional Bull Riders tour, and running a kids' taxi service, all in the guise of avoiding housework and rustlin' up vittles. RAISING KANE is her ninth book in the popular and bestselling Rough Riders series.
Loading...
or
Not Currently Available for Direct Purchase