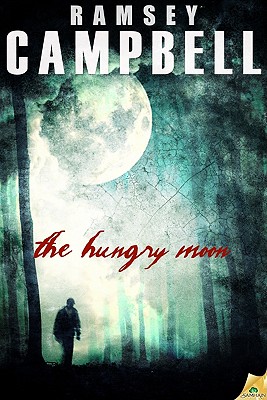 A town trapped in the grip of spreading evil.

Isolated on the moors of northern England, the town of Moonwell has remained faithful to their Druid traditions and kept their old rituals alive. Right-wing evangelist Godwin Mann isn’t about to let that continue, and his intolerant brand of fundamentalism has struck a chord with the residents. But Mann goes too far when he descends into the pit where the ancient being who’s been worshipped by the Druids for centuries is said to dwell….

What emerges is no longer Mann, but a demon in Mann’s shape, and only the town’s outcasts can see that something is horribly wrong. Slowly, as the evil spreads, Moonwell becomes cut off from the rest of the world. Telephone lines become disconnected. Roads no longer lead out of town. And the monster’s power only grows…and grows.

“Beautifully written, populated with well-realized characters and pervaded by an increasingly chilling atmosphere of dread and anxiety.”
--Publishers Weekly on The Hungry Moon
“One of the premier horror writers of the English-speaking world.”
--The Washington Post Book World
“Good horror writers are quite rare, and Campbell is better than just good.”
--Stephen King