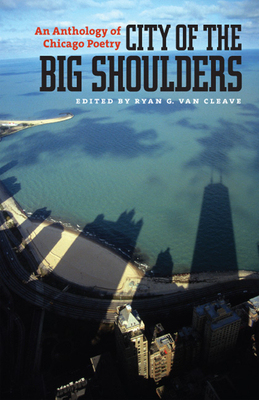 City of the Big Shoulders

An Anthology of Chicago Poetry

Chicago has served as touchstone and muse to generations of writers and artists defined by their relationship to the city’s history, lore, inhabitants, landmarks, joys and sorrows, pride and shame. The poetic conversations inspired by Chicago have long been a vital part of America’s literary landscape, from Carl Sandburg and Gwendolyn Brooks to experimental writers and today’s slam poets. The one hundred contributors to this vibrant collection take their materials and their inspirations from the city itself in a way that continues this energetic dialogue.

The cultural, ethnic, and aesthetic diversity in this gathering of poems springs from a variety of viewpoints, styles, and voices as multifaceted and energetic as the city itself. Cristin O’Keefe Aptowicz: “I want to eat / in a city smart enough to know that if you / are going to have that heart attack, you might / as well have the pleasure of knowing // you’ve really earned it”; Renny Golden: “In the heat of May 1937, my grandfather / sits in the spring grass of an industrial park / with hundreds of striking steelworkers”; Joey Nicoletti: “The wind pulls a muscle / as fans yell the vine off the outfield wall, / mustard-stained shirts, hot dog smiles, and all.”

The combined energies of these poems reveal the mystery and beauty that is Second City, the City by the Lake, New Gotham, Paris on the Prairie, the Windy City, the Heart of America, and Sandburg’s iconic City of the Big Shoulders.


Praise For City of the Big Shoulders: An Anthology of Chicago Poetry…

“‘When a nation goes down or a society perishes, one condition can always be found—they forgot where they came from,’ cautioned Chicago icon Carl Sandburg, whose acute historical consciousness pervades this timely anthology. From the stockyard to the speakeasy, the steakhouse to the flophouse, the top of the Hancock tower to the thirteenth floor of an east-side tenement, what this eclectic gathering of poets shares is a commitment to honoring Chicago’s roots. Infused with a passion beyond the reach of prose, here is an ‘intimate ethnography’—part torch song, part folk song, part ballad, part dirge—of a city both ‘on the make’ and ‘on the take.’”—Suzanne Buffam, author, The Irrationalist

“A city like Chicago deserves an anthology of this scope: bursting with the life lived on the streets in the Loop and alive with childhood memories as seen from the city’s neighborhood windows. Ryan Van Cleave has collected a prodigious swath of poems from writers commemorating their Chicago, a city as big in our imaginations as it is from the view at Promontory Point Park.”—Joshua Marie Wilkinson, author, Selenography

Ryan G. Van Cleave is the author, coauthor, editor, or coeditor of nineteen books including poetry, young adult fiction, and nonfiction. With Virgil Suárez, he is the editor of the poetry anthologies Red, White, and Blues: Poets on the Promise of America (Iowa, 2004), Vespers: Contemporary American Poems of Religion and Spirituality (Iowa, 2003), Like Thunder: Poets Respond to Violence in America (Iowa, 2002), and American Diaspora: Poetry of Displacement (Iowa, 2001).
or support indie stores by buying on