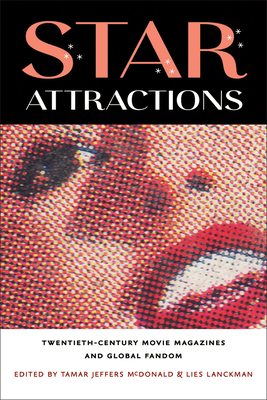 During Hollywood’s “classic era,” from the 1920s to 1950s, roughly twenty major fan magazines were offered each month at American newsstands and abroad. These publications famously fed fan obsessions with celebrities such as Mae West and Elvis Presley. Film studies scholars often regard these magazines with suspicion; perhaps due to their reputation for purveying scandal and gossip, their frequent mingling of gushing tone, and blatant falsehood.

Looking at these magazines with fresh regarding eyes and treating them as primary sources, the contributors of this collection provide unique insights into contemporary assumptions about the relationship between fan and star, performer and viewer. In doing so, they reveal the magazines to be a huge and largely untapped resource on a wealth of subjects, including gender roles, appearance and behavior, and national identity.

Tamar Jeffers McDonald is a reader in film studies at the University of Kent. She is author or editor of four books, including Doris Day Confidential: Hollywood, Sex, and Stardom.

Lies Lanckman is associate lecturer in film studies at the University of Kent.

“McDonald and Lanckman see the importance of the early fan magazine in connection with film studies as a major source of information, offering tremendous amounts of data, information on contemporary tastes and not to be neglected historical documents shaping popular culture. . . . Star Attractions is an intriguing addition for students and fans of early cinema, fandom culture, media statistics and social aspects of film promotions.”
— popcultureshelf.com
or support indie stores by buying on
Copyright © 2020 American Booksellers Association