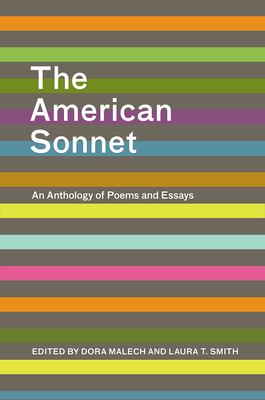 An Anthology of Poems and Essays

Praise For The American Sonnet: An Anthology of Poems and Essays…

“With keen observation and rigorous inquiry, The American Sonnet documents and celebrates American poets’ vital contributions to an ancient, global verse form. The poems and essays collected here situate the ‘American sonnet’ within a centuries-long conversation about how poetry happens on the page and in the mind. By centering diverse, living American poets for whom the sonnet is a way to think deeply about social and political questions, this work offers a timely snapshot of our urgent literary moment. The American Sonnet is a feast of discovery for all readers.”—Kiki Petrosino, author, White Blood: A Lyric of Virginia

“The American Sonnet will be embraced by all who’ve noted the lack of diverse scholarship on the sonnet, particularly regarding historically underrepresented sonneteers. Malech and Smith have deepened and expanded the range of our thinking on this form. I can’t wait to teach this book—and be taught by it.”—Beth Ann Fennelly, author, Heating & Cooling: 52 Micro-Memoirs


“I can’t imagine a group of people with whom I would be more excited to talk with about the sonnet than the essayists herein, nor talk more illuminating than their essays. And the sonnets themselves cover whatever the essays don’t (more Dunstan Thompson in anthologies, please). This is an ideal anthology.”—Shane McCrae, author, Cain Named the Animal

“’We shall not always plant while others reap,’ promised Countee Cullen; the robust tradition of sonnets he represented is just one of several in this memorable, thoughtful, useful, and sometimes stellar collection’s deeply American braid, reflecting both a panoply of sonnets from U.S.-based writers (and translators!) and a splendid variety of contemporary writings on the form, a modern—but not too modern—pattern designed to make ‘the soul swing open’ (as Mona Van Duyn puts it) ‘on its hinges.’ Sonnets themselves train up to the present day and then introduce up-to-date reflections on the form, from major critics’ takes to up-and-coming poets’ thoughts: Jahan Ramazani on this ‘tightly wound global form,’ Meg Day's ‘Deaf and disabled existence,’ Timo Muller on Harlem Renaissance translation, arguments about neuroqueerness and autism in (wait for it) Robert Frost, and about where on Earth this form is going beyond the pentameter, beyond—or is it back to?—the past. ‘A sonnet is a mother,’ as the great Diane Seuss writes: here are its children.”—Stephanie Burt

Dora Malech is associate professor in the writing seminars at Johns Hopkins University, and editor in chief of Hopkins Review. She is author of Flourish, and lives in Baltimore, Maryland.

Laura T. Smith is professor and chair of the English Department at Stevenson University in Maryland. She lives in Baltimore, Maryland.