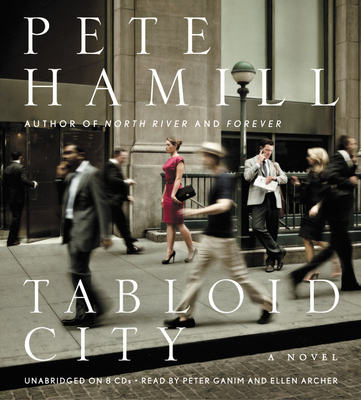 In a stately West Village town house, a wealthy socialite and her secretary are murdered. In the 24 hours that follow, a flurry of activity surrounds their shocking deaths: The head of one of the city's last tabloids stops the presses. A cop investigates the killing. A reporter chases the story. A disgraced hedge fund manager flees the country. An Iraq War vet seeks revenge. And an angry young extremist plots a major catastrophe. The City is many things: a proving ground, a decadent carnival, or a palimpsest of memories -- a historic metropolis eclipsed by modern times. As much a thriller as it is a gripping portrait of the city of today, Tabloid City is a new fiction classic from the writer who has captured New York perfectly for decades.

Pete Hamill is a novelist, journalist, editor, and screenwriter. He is the author of the bestselling novels Snow in August, Forever, Tabloid City, and the bestselling memoir A Drinking Life. He lives in New York City.
Loading...
or
Not Currently Available for Direct Purchase