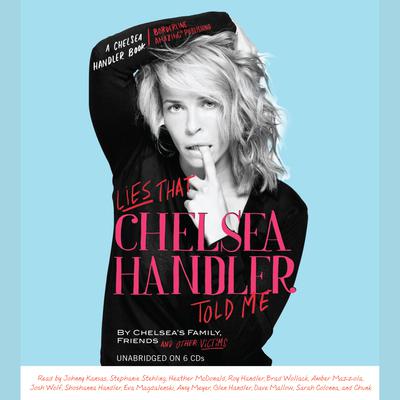 "My tendency to make up stories and lie compulsively for the sake of my own amusement takes up a good portion of my day and provides me with a peace of mind not easily attainable in this economic climate."--Chelsea Handler, from Chapter 10 of Chelsea Chelsea Bang Bang

It's no lie: Chelsea Handler loves to smoke out "dumbassness," the condition people suffer from that allows them to fall prey to her brand of complete and utter nonsense. Friends, family, co-workers--they've all been tricked by Chelsea into believing stories of total foolishness and into behaving like total fools. Luckily, they've lived to tell the tales and, for the very first time, write about them.

A stand-up comic for thirteen years, Josh Wolf has toured with Larry the Cable Guy, Chelsea Handler, and "the Comedians of Chelsea Lately." His television work includes recurring roles on NBC's My Name Is Earl, and Fox's Raising Hope. He has also hosted two seasons of the Fox Sports online series "The College Experiment." He's currently a regular writer/performer on the E! hit series Chelsea Lately, and was a regular on the spin-off, After Lately.