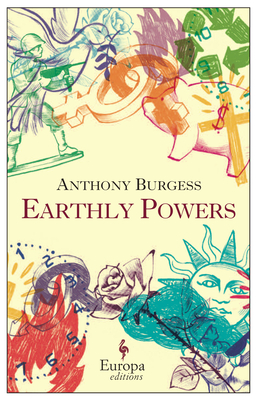 In Earthly Powers Burgess created his masterpiece. At its center are two twentieth-century men who represent different kinds of power—Kenneth Toomey, a past-his-prime author of mediocre fiction, a man who has outlived his contemporaries to survive into, bitter, luxurious old age, living in self-exile on Malta; and Don Carlo Campanati, a man of God, eventually of church revolution and a candidate for sainthood beloved Pope, who rises through the Vatican as a shrewd manipulator to become the architect.

Through the lives of these two modern men Burgess explores the very essence of power in a narrative that spans from Hollywood, to Dublin, Nairobi, Paris, and beyond.

Anthony Burgess was an English author, poet, playwright, composer, linguist, translator and critic, best known for his dystopian satire A Clockwork Orange. In 2008, The Times placed Burgess number 17 on their list of “The 50 greatest British writers since 1945.”
Loading...
or
Not Currently Available for Direct Purchase