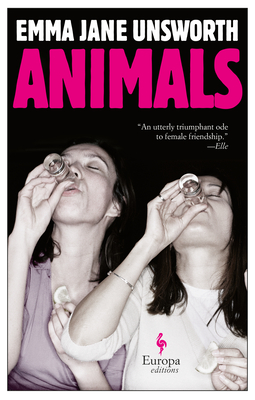 It is the moment every twenty-something must confront: the time to grow up. Adulthood looms, with all its numbing tranquility and stifling complacency. The end of prolonged adolescence is near.

Laura and Tyler are two women whose twenties have been a blur of overstayed parties, a fondness for drugs that has shifted from cautious experimentation to catholic indulgence, and hangovers that don't relent until Monday morning. They've been best friends, partners in excess, for the last ten years. But things are changing: Laura is engaged to Jim, a classical pianist who has long since given up the carousing lifestyle. He disapproves of Tyler's reckless ways and of what he percieves to be her bad influence on Laura. Jim pulls Laura toward adulthood and responsibility, toward what society says she should be, but Tyler isn't ready to let her go. But what does Laura want for herself? And how can she choose between Tyler and Jim, between one life she loves and another she's "supposed" to love?

Raw, uproarious, and deeply affecting, Animals speaks to an entire generation caught between late-adolescence and adulthood wondering what exactly they'll have to give up in order to grow up.

“[By Emma Jane Unsworth, a] young British writer full of talent, [Animals] is an emotionally complex and often go-for-broke-witty book about the difficulty of letting go, of making choices for yourself, of discovering that the relationships you cling to hardest may be the ones that damage you most."
— The New York Times

"Three cheers for this take of alcoholic love between platonic soul mates."
—Lena Dunham, author of Not that Kind of Girl

“[Animals] is more complex than an ode to the party or a call to responsible adulthood, and [Unsworth’s] characters shine with humanity.”
—The New Yorker

"A fevered tale of female friendship."
—The Observer

"Unsworth is a name to watch ... Animals is more than a hymn to partygoing - it is a sharp study of the endurance of female friendship over romantic entanglements and life's challenges."
—Financial Times

"Featuring two women in their early thirties whose voracious appetite for wine make Dionysus look like a lightweight...Unsworth captures the destabilizing doubts that your late twenties/early thirties can trigger."
—The Independent

"This is a book you'll be talking about for years to come. It marks Unsworth as a tremendous talent."
—The Guardian

“An utterly triumphant ode to female friendship, in all its intense, messy and powerful beauty."
—Elle

Emma Jane Unsworth's first novel Hungry, the Stars and Everything (Hidden Gem) won a Betty Trask Award from the society of Authors and was shortlisted for the 2012 Portico Prize. Her short story "I Arrive First" was included in The Best British Short Stories 2012 (Salt). She lives in London.
Loading...
or support indie stores by buying on