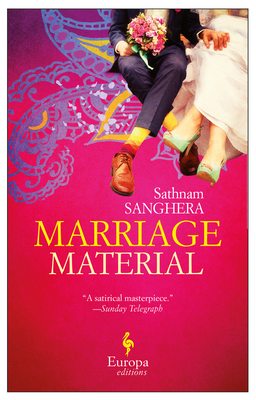 Sathnam Sanghera's debut novel is a luminous exploration of the life of an immigrant family in the UK, layering the contemporary story of a young man caught between British and Punjabi culture, the history of his family, and the new life he's made for himself. In a fresh narrative voice that wryly observes, questions, and reflects, Sanghera confronts the complexities of tradition, culture, love, and family. Readers will find more laughter than sadness, smiling even when the Banga family's story seems hopeless.

In an ordinary town in the West Midlands, Arjan Banga reluctantly becomes the new proprietor of the family convenience store after the sudden death of his father. Grimly reevaluating his life as he struggles to protect the store as well as escape it, Arjan gains a grudging appreciation of the family generations that came before him-of their courage and weakness, sacrifices, and follies. As Arjan begins to spend more time than he intended with the store, watching his London life and English fiancée slip away, he will have to explore the past in order to step into the future.

Sathnam Sanghera was born in 1976. He is an award-winning writer for The Times. His first book, The Boy with the Topknot: A Memoir of Love, Secrets and Lies in Wolverhampton, was shortlisted for the 2008 Costa Biography Award and the 2009 PEN/Ackerley Prize and named 2009 Mind Book of the Year. Marriage Material is his first novel.

"Sanghera's novel is singularly realist, filled with details of the lives of Sikhs from the late '60s to the riots of 2011. The divisions within the Sikh population are poignantly and comically captured in the protests against the Wolverhampton Transport Department's ban on Turbans..."
—Los Angeles Review of Books

"Sanghera's precise, hilarious rendition of voices and cultural details is the signal pleasure of a novel rich in humor, history, and heart."
—Kirkus Reviews (Starred Review)

"A hugely enjoyable read, packed with plot twists and laugh out loud set pieces, but it is also tender and insightful."
—The Sunday Express

"A satirical masterpiece...Sanghera is such an engaging and versatile writer that the pages fly by in a flurry of pathos, politics, and pandemonium."
—Sunday Telegraph

"Marriage Material is a wonderfully engaging book, full of heart and wit. Its exploration of what it means to feel torn is rich and subtle. Its characters stay with you."
—The Financial Times