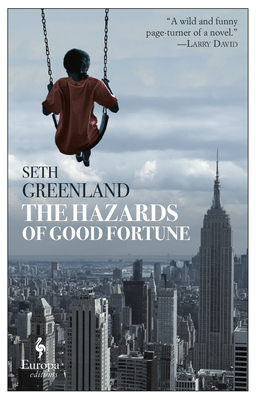 The Hazards of Good Fortune

Jay Gladstone was born to privilege. He is a civic leader and a generous philanthropist, as well as the owner of an NBA team. But in today's New York, even a wealthy man's life can spin out of control, no matter the money or influence he possesses.
Jay sees himself as a moral man, determined not to repeat his father's mistakes. He would rather focus on his unstable second marriage and his daughter, Aviva, than worry about questions of race or privilege. However, he moves through a sensitive and aware world: that of Dag Maxwell, the black star forward, and white police officer Russell Plesko, who makes a decision that has resonating consequences--particularly for a DA whose hopes for a future in politics will rest on an explosive prosecution.
Set during Barack Obama's presidency, this artful novel illuminates contemporary America and does not shy away from questions about our scalding social divide--why is conversation about race so fraught, to what degree is the justice system impartial, and does great wealth inoculate those who have it?--and explores the aftermath of unforgivable errors and the unpredictability of the court of public opinion. "Greenland takes a Dickensian delight in letting the plot sprawl with parallels, digressions, false leads, and twists."--Kirkus Reviews(starred review) "A wild and funny page-turner of a novel that grabs you and doesn't let go."--Larry David

Seth Greenland is the author of five novels. The last two, The Angry Buddhist (2011) and I Regret Everything (2015), were published by Europa Editions. Greenland is also a playwright and screenwriter and has worked as a producer for HBO. Born in New York City, he currently lives in Los Angeles.
Loading...
or support indie stores by buying on