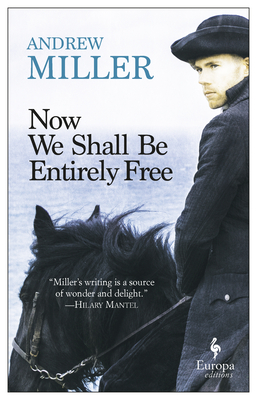 Now We Shall Be Entirely Free

When Captain John Lacroix returns home from Spain, wounded, unconscious, and alone, he believes that he has seen the worst of what men may do. It is 1809, and in England's wars against Napoleon, the Battle of Corruna stands out as a humiliation: a once-proud army forced to retreat, civilized men reduced to senseless acts of cruelty.

Slowly regaining his health, Lacroix journeys north to the misty isles of Scotland with the intent of forgetting the horrors of the war. Unbeknownst to him, however, something else has followed him back from the war--something far more dangerous than a memory...

Andrew Miller is one of Britain's leading novelists. He has won the IMPAC Dublin Literary Award, and shortlisted for the Booker Prize and the Whitbread Novel Award. His bestselling novel Pure, a Costa Book Award winner, has received widespread acclaim and was a best-seller for Europa in 2012. Now We Shall Be Entirely Free is his eighth novel.
Loading...
or support indie stores by buying on