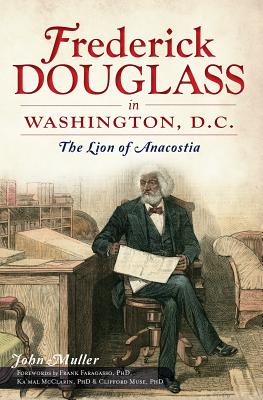 The Lion of Anacostia (American Heritage)

The remarkable journey of Frederick Douglass from fugitive slave to famed orator and author is well recorded. Yet little has been written about Douglass's final years in Washington, D.C. Journalist John Muller explores how Douglass spent the last eighteen years of his life professionally and personally in his home, Cedar Hill, in Anacostia. The ever-active Douglass was involved in local politics, from aiding in the early formation of Howard University to editing a groundbreaking newspaper to serving as marshal of the District. During this time, his wife of forty-four years, Anna Murray, passed away, and eighteen months later, he married Helen Pitts, a white woman. Unapologetic for his controversial marriage, Douglass continued his unabashed advocacy for the rights of African Americans and women and his belief in American exceptionalism. Through meticulous research, Muller has created a fresh and intimate portrait of Frederick Douglass of Anacostia.