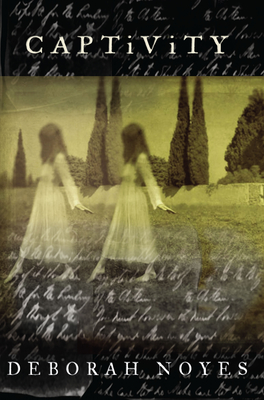 “Beautifully written, with frequent surprises in plot and character, this novel tells the story of two women meeting at the crux of their untenable, yet inescapable, paths. Noyes reminds us of the importance of pure feelings, regardless of their soiled context, and the reader becomes grateful for the reminder.”
— Jenn Northington, Breathe Books, Baltimore, MD
View the List

This masterful historical novel by Deborah Noyes, the lauded author of Angel & Apostle, The Ghosts of Kerfol, and Encyclopedia of the End (starred PW) is two stories:
The first centers upon the strange, true tale of the Fox Sisters, the enigmatic family of young women who, in upstate New York in 1848, proclaimed that they could converse with the dead. Doing so, they unwittingly (but artfully) gave birth to a religious movement that touched two continents: the American Spiritualists. Their followers included the famous and the rich, and their effect on American spirituality lasted a full generation. Still, there are echoes. The Fox Sisters' is a story of ambition and playfulness, of illusion and fear, of indulgence, guilt and finally self-destruction.
The second story in Captivity is about loss and grief. It is the evocative tale of the bright promise that the Fox Sisters offer up to the skeptical Clara Gill, a reclusive woman of a certain age who long ago isolated herself with her paintings, following the scandalous loss of her beautiful young lover in London.
Lyrical and authentic--and more than a bit shadowy--Captivity is, finally, a tale about physical desire and the hope that even the thinnest faith can offer up to a darkening heart.