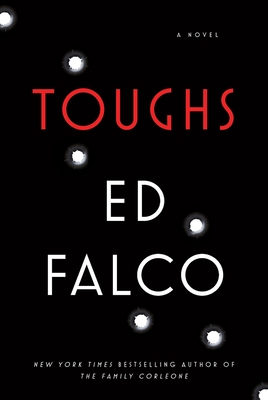 Set during the Great Depression and based in part on real characters and a series of historical events, Toughs follows the story of Loretto Jones as he finds his life intertwined with the fate of Vince Coll, a 23-year-old Irish gangster who for a brief moment rose to the level of a national celebrity during his war with Dutch Schultz, Owen Madden, and Lucky Luciano. Tagged "Mad Dog Coll" after killing five-year-old Michael Vengelli in a botched assassination attempt, Coll was the subject of a shoot-to-kill order issued by New York City Police Commissioner Edward P. Mulrooney, a $50,000 bounty offered by Dutch Shultz and Owen Madden, and $30,000 in reward money from by the Patrolmen's Benevolent Association and the city's newspapers. Loretto and Vince are bound to each other by years spent in an orphanage and on the streets, but in the summer of 1931, with Loretto in love with newly-divorced Gina Baronti, and Vince in thrall to the beautiful Lottie Kriesberger, their world of tough guys in tough times is hurtling toward disaster, and Loretto finds himself faced with impossible choices.

Ed Falco most recently is the author of the New York Times best-selling novel, The Family Corleone, a prequel to Mario Puzo's The Godfather and subsequent saga. Falco has received innumerable awards, prizes and fellowships, and is the author of four previous novels, four story collections, and numerous plays, poems, essays, and critical reviews, including the novels St John of the Five Boroughs (Unbridled 2009), Wolf Point (Unbridled 2006), and the story collection Sabbath Night in the Church of the Piranha: New and Selected Stories (Unbridled 2006). His stories have been published widely in journals, including The Atlantic Monthly, Playboy, The Missouri Review and TriQuarterly, and collected in The Best American Short Stories, The Pushcart Prize, and several anthologies, including, Blue Cathedral: Short Fiction for the New Millennium. An early innovator in the field of digital writing, Falco's online work includes Self-Portrait as Child w/Father (Iowa Review Web), Circa 1967-1968 (Eastgate Reading Room), Charmin' Cleary (Eastgate Reading Room), and Chemical Landscapes Digital Tales (with photographer Mary Pinto, in Volume I of The Electronic Literature Collection).
Loading...
or support indie stores by buying on