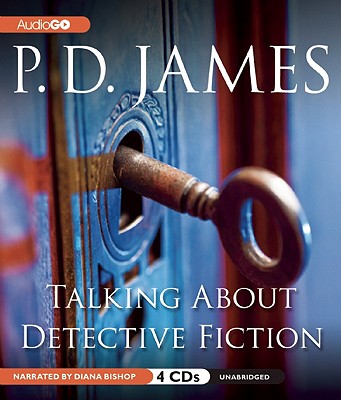 To judge by the worldwide success of Arthur Conan Doyle's Sherlock Holmes and Agatha Christie's Poirot, it is not only the Anglo-Saxons who have an appetite for mystery and mayhem. Talking about the craft of detective writing and sharing her personal thoughts and observations on one of the most popular and enduring forms of literature, P. D. James examines the challenges, achievements, and potential of a genre which has fascinated her for nearly fifty years as a novelist. P. D. James explores the metamorphosis of a genre which has gripped and entertained the popular imagination like no other type of novel. Written by the author widely regarded as the queen of the detective novel, this book is sure to appeal to all aficionados of crime fiction.

P. D. James is the author of sixteen crime books. She spent thirty years in various departments of the Civil Service, including the Police and Criminal Law Departments of the Home Office. She has served as a magistrate and as a governor of the BBC. In 2000, P. D. James celebrated her eightieth birthday and published her autobiography, "Time to Be in Earnest." The recipient of many prizes and honors, she was named Baroness James of Holland Park in 1991. She lives in London and Oxford.
Loading...
or
Not Currently Available for Direct Purchase