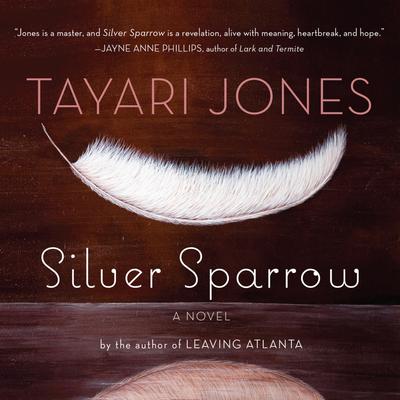 With the opening line of Silver Sparrow, “My father, James Witherspoon, is a bigamist,” author Tayari Jones unveils a breathtaking story about a man’s deception, a family’s complicity, and two teenage girls caught in the middle.

Set in Atlanta in the 1980s, the novel revolves around James Witherspoon’s two families—the public one and the secret one. When the daughters from each family meet and form a friendship, only one of them knows they are sisters. It is a relationship destined to explode when secrets are revealed and illusions shattered.

As Jones explores the backstories of her rich yet flawed characters—the father, the two mothers, the grandmother, and the uncle—she reveals the joy, as well as the destruction, they brought to one another’s lives. At the heart of it all are the two lives at stake, and like the best writers—think Toni Morrison with The Bluest Eye—Jones portrays the fragility of these young girls with raw authenticity as they seek love, demand attention, and try to imagine themselves as women.