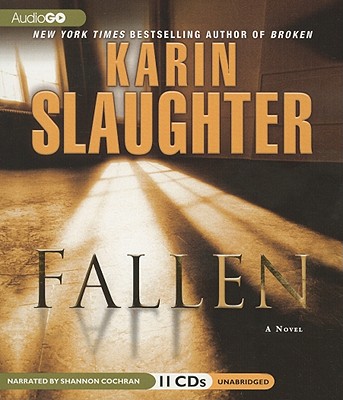 There's no police training stronger than a cop's instinct.

Faith Mitchell's mother isn't answering her phone. Her front door is open. There's a bloodstain above the knob. Everything Faith learned in the academy goes out the window when she charges into her mother's house, gun drawn. She sees a man dead in the laundry room, a hostage situation in the bedroom. What she doesn't see is her mother. When the hostage situation turns deadly, Faith is left with too many questions. She'll need the help of her partner, Will Trent, and trauma doctor Sara Linton to get some answers. But Faith isn't just a cop anymore, she's a witness-and a suspect. To find her mother, Faith will have to cross the thin blue line and bring the truth to light-or bury it forever.

Karin Slaughter is the "New York Times" bestselling author of ten novels, including "Broken, Undone, Fractured, Beyond Reach" (a "Publishers Weekly" best book of the year), and "A Faint Cold Fear, " which was named an International Book of the Month selection. She is a native of Georgia.