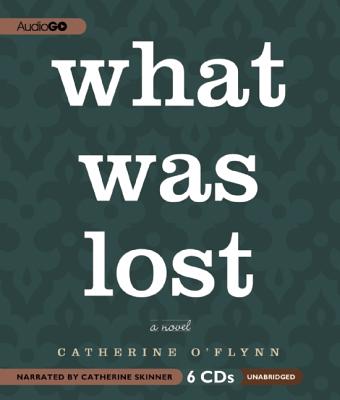 In the 1980s, Kate Meaney is hard at work as a junior detective. Busy trailing suspects and carefully observing everything around her at the newly opened Green Oaks shopping mall, she forms an unlikely friendship with Adrian, the son of a local shopkeeper. But when this curious, independent-spirited young girl disappears, Adrian falls under suspicion and is hounded out of his home by the press.

Then, in 2003, Adrian's sister Lisa stuck in a dead-end relationship is working as a manager at Your Music, a discount record store. Every day she tears her hair out at the outrageous behavior of her customers and colleagues. But along with a security guard, Kurt, she becomes entranced by the little girl glimpsed on the mall's surveillance cameras. As their after-hours friendship intensifies, Lisa and Kurt investigate how these sightings might be connected to the unsettling history of Green Oaks itself.

Catherine O'Flynn was born in 1970, and is a British writer. Her novel, "What Was Lost," won the prestigious First Novel prize at the Costa Book Awards in 2008
Loading...
or
Not Currently Available for Direct Purchase