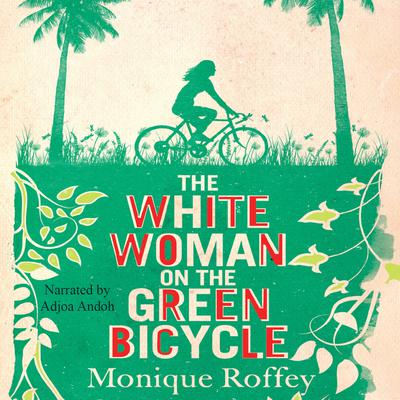 The White Woman on the Green Bicycle (Digital Audiobook)

A beautifully written, unforgettable novel of a troubled marriage, set against the lush landscape and political turmoil of Trinidad. Monique Roffey’s Orange Prize-shortlisted novel is a gripping portrait of post-colonialism that stands among great works by Caribbean writers like Jamaica Kincaid and Andrea Levy. When George and Sabine Harwood arrive in Trinidad from England, George is immediately seduced by the beguiling island, while Sabine feels isolated, heat-fatigued, and ill-at-ease. As they adapt to new circumstances, their marriage endures for better or worse, despite growing political unrest and racial tensions that affect their daily lives. But when George finds a cache of letters that Sabine has hidden from him, the discovery sets off a devastating series of consequences as other secrets begin to emerge.

Monique Roffey was born in
Port of Spain, Trinidad, and educated in the UK. Since then she has worked as a
center director for the Arvon Foundation and has held the post of Royal
Literary Fund Fellow at Sussex, Chichester, and Greenwich universities. She is
the author of several highly acclaimed including novels Sun Dog and Archipelago,
which is a finalist for the 2013 OCM Bocas Prize for Caribbean Literature. She
has also written a memoir, With the
Kisses of His Mouth
.