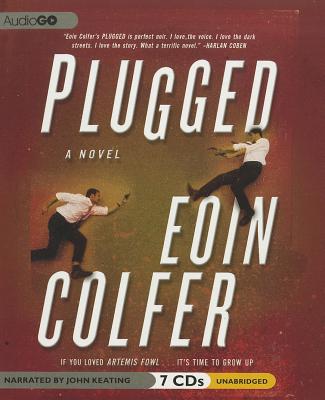 “The bestselling author of the Artemis Fowl novels dedicates this, his first crime novel for adults, to fellow Irish writer Ken Bruen, who 'made him do it.' The result is an infectious blend of hardboiled lunacy mixed with Celtic black humor that is held together by Colfer's own glorious voice.”
— Patrick Millikin, The Poisoned Pen, Scottsdale, AZ
View the List

The long-awaited crime caper so outlandish, so maniacal, so wickedly funny, it could have only come from the mind that brought you Artemis Fowl.Daniel McEvoy has a problem. Well, really, he has several, but for this Irish ex-pat bouncer at a seedy small-time casino, the fact that his girlfriend was just murdered in the parking lot is uppermost in his mind.That is until lots of people around him start dying, and not of natural causes. Suddenly Daniel's got half the New Jersey mob, dirty cops, and his man-crazy upstairs neighbor after him and he still doesn't know what's going on. Bullets are flying, everybody's on the take, and it all may be more than Daniel's new hair plugs can handle.And Daniel's got to find the guy who put in those hair plugs--or at least his body--and fast, or else he'll never get that voice out of his head. Head-spinning plot twists, breakneck pacing, and some of the best banter this side of Elmore Leonard's Detroit will keep you on the edge of your seat and itching for more.

Eoin Colfer is the "New York Times" bestselling author of the Artemis Fowl series and the sixth installment in the Hitchhiker's Guide to the Galaxy series, "And Another Thing..."
or
Not Currently Available for Direct Purchase
Copyright © 2020 American Booksellers Association