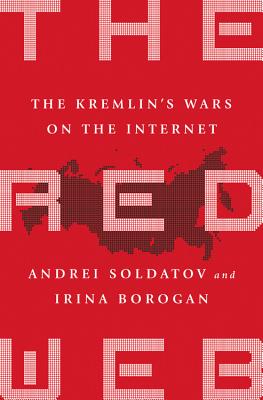 The Internet in Russia is either the most efficient totalitarian tool or the device by which totalitarianism will be overthrown. Perhaps both.

On the eighth floor of an ordinary-looking building in an otherwise residential district of southwest Moscow, in a room occupied by the Federal Security Service (FSB), is a box the size of a VHS player marked SORM. The Russian government's front line in the battle for the future of the Internet, SORM is the world's most intrusive listening device, monitoring e-mails, Internet usage, Skype, and all social networks.

But for every hacker subcontracted by the FSB to interfere with Russia's antagonists abroad -- such as those who, in a massive denial-of-service attack, overwhelmed the entire Internet in neighboring Estonia -- there is a radical or an opportunist who is using the web to chip away at the power of the state at home.

Drawing from scores of interviews personally conducted with numerous prominent officials in the Ministry of Communications and web-savvy activists challenging the state, Andrei Soldatov and Irina Borogan peel back the history of advanced surveillance systems in Russia. From research laboratories in Soviet-era labor camps, to the legalization of government monitoring of all telephone and Internet communications in the 1990s, to the present day, their incisive and alarming investigation into the Kremlin's massive online-surveillance state exposes just how easily a free global exchange can be coerced into becoming a tool of repression and geopolitical warfare. Dissidents, oligarchs, and some of the world's most dangerous hackers collide in the uniquely Russian virtual world of The Red Web.

Praise For The Red Web: The Struggle Between Russias Digital Dictators and the New Online Revolutionaries…

"[Soldatov and Borogan] pull at the roots of the surveillance system in Russia today, and their research leads them quickly to the paranoid society of the Soviet Union." -The Wall Street Journal

"A well researched and disturbing book by two brave Russian authors." -The Economist

"A gripping book about of the internet and its censorship in post-Soviet Russia... Having covered technology and the security services from the start of their careers in the 1990s, the two Russian journalists have accumulated expert knowledge few can match. And yet they have written a book not for geeks but for anyone who wants to understand how their country works." -Financial Times

"A masterful study of the struggle between the Kremlin's desire to control information and the unruly world of ordinary digital citizens." -The Guardian (UK)

"Andrei Soldatov and Irina Borogan's The Red Web could not be more timely. It is a meticulously researched and highly readable history of Russian online communication, from its birth in the twilight of Soviet power to the flourishing social networks and varied blogposts of today." -Daniel Treisman, Digital Russia

"[An] excellent, highly readable tale of the ongoing struggle to control digital life in Russia. ...[Soldatov and Borogan] have gone on to become foremost experts on the Russian secret services, and count among the country's few remaining practicing investigative journalists." -Los Angeles Review of Books

"Andrei Soldatov and Irina Borogan, two of Russia's top investigative journalists specializing in espionage, have given us a thrilling account of the online war between Russian surveillance and digital protesters. ... A superb book by two brave journalists. It deserves to be widely read because it asks profound questions about freedom and the future of the internet." -International Affairs—-

Andrei Soldatov and Irina Borogan are cofounders of Agentura.Ru and authors of The Red Web and The New Nobility. Their work has been featured in the New York Times, Moscow Times, Washington Post, Online Journalism Review, Le Monde, Christian Science Monitor, CNN, and BBC. The New York Times has called Agentura.ru "a web site that came in from the cold to unveil Russian secrets." Soldatov and Borogan live in Moscow, Russia.
Loading...
or
Not Currently Available for Direct Purchase