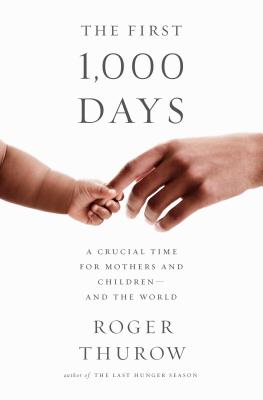 A Crucial Time for Mothers and Children -- And the World

"Your child can achieve great things."

A few years ago, pregnant women in four corners of the world heard those words and hoped they could be true. Among them were Esther Okwir in rural Uganda, where the infant mortality rate is among the highest in the world; Jessica Saldana, a high school student in a violence-scarred Chicago neighborhood; Shyamkali, the mother of four girls in a low-caste village in India; and Maria Estella, in Guatemala's western highlands, where most people are riddled with parasites and moms can rarely afford the fresh vegetables they farm.

Greatness? It was an audacious thought, given their circumstances. But they had new cause to be hopeful: they were participating in an unprecedented international initiative designed to transform their lives, the lives of their children, and ultimately the world. The 1,000 Days movement, a response to recent, devastating food crises and new research on the economic and social costs of childhood hunger and stunting, is focused on providing proper nutrition during the first 1,000 days of children's lives, beginning with their mother's pregnancy. Proper nutrition during these days can profoundly influence an individual's ability to grow, learn, and work-and determine a society's long-term health and prosperity.

In this inspiring, sometimes heartbreaking book, Roger Thurow takes us into the lives of families on the forefront of the movement to illuminate the science, economics, and politics of malnutrition, charting the exciting progress of this global effort and the formidable challenges it still faces: economic injustice, disease, lack of education and sanitation, misogyny, and corruption.

Praise For The First 1,000 Days: A Crucial Time for Mothers and Children -- And the World…

Malnutrition is often called a silent emergency, because it can be hard to see the damage it does to children around the world. In The First 1,000 Days, Roger Thurow makes readers sit up and take notice. He takes us to the four corners of the world--from the streets of Chicago to the villages of northern Uganda--to show how the right nutrition helps children not just survive, but thrive.—p.p1 {margin: 0.0px 0.0px 0.0px 0.0px; font: 11.0px Arial; color: #002060}span.s1 {font-kerning: none}Melinda Gates, Co-Chair, Bill & Melinda Gates Foundation

"[Roger Thurow] gives an intimate look at the struggles many women face...Poverty, lack of training, and prejudice are at the heart of the world's malnutrition problems...Thurow provides just enough grim facts on infant and mother mortality, the scarcity of food, sanitary conditions for birthing, and the general plight of impoverished families to garner sympathy without being melodramatic, and he also shows how women and children thrive under the right conditions. In today's global society, the children of the world need a voice. Thurow has spoken and made the issue clear: children everywhere need better food and water if they are going to grow into healthy adults."—Kirkus Reviews

Roger Thurow is a senior fellow for global agriculture and food policy at the Chicago Council on Global Affairs. He was a reporter at the Wall Street Journal for thirty years. He is, with Scott Kilman, the author of Enough: Why the World's Poorest Starve in an Age of Plenty, which won the Harry Chapin WhyHunger award and was a finalist for the Dayton Literary Peace Prize and for the New York Public Library Helen Bernstein Book Award; and the author of The Last Hunger Season. He is a 2009 recipient of the Action Against Hunger Humanitarian Award. A long time Chicagoan, he now lives near Washington, DC.
Loading...
or
Not Currently Available for Direct Purchase