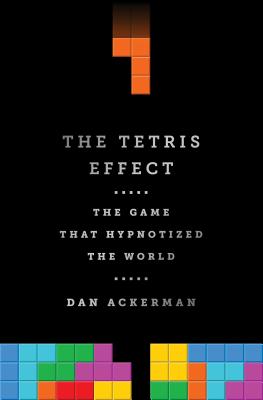 The Game that Hypnotized the World

The definitive story of a game so great, even the Cold War couldn't stop it

Tetris is perhaps the most instantly recognizable, popular video game ever made. But how did an obscure Soviet programmer, working on frail, antiquated computers, create a product which has now earned nearly 1 billion in sales? How did a makeshift game turn into a worldwide sensation, which has been displayed at the Museum of Modern Art, inspired a big-budget sci-fi movie, and been played in outer space?

A quiet but brilliant young man, Alexey Pajitnov had long nurtured a love for the obscure puzzle game pentominoes, and became obsessed with turning it into a computer game. Little did he know that the project that he labored on alone, hour after hour, would soon become the most addictive game ever made.

In this fast-paced business story, reporter Dan Ackerman reveals how Tetris became one of the world's first viral hits, passed from player to player, eventually breaking through the Iron Curtain into the West. British, American, and Japanese moguls waged a bitter fight over the rights, sending their fixers racing around the globe to secure backroom deals, while a secretive Soviet organization named ELORG chased down the game's growing global profits.

The Tetris Effect is an homage to both creator and creation, and a must-read for anyone who's ever played the game-which is to say everyone.

Praise For The Tetris Effect: The Game that Hypnotized the World…

“The definitive telling of one of the most fascinating stories in videogame history.” —WIRED

“Ackerman's account of the rise of Tetris is as captivating as watching the game's multi-colored, four-squared objects (known as “tetrominoes”) vanish before your eyes with the right move.” —Fortune Online
—-

He's a well-known TV talking head, seen on CNN, CNBC, MSNBC, Fox News, BBC News, ABC, CBS, and NBC News, and other outlets, and he regularly appears as an in-house technology expert on CBS This Morning. As a writer and columnist, Ackerman has contributed regularly to magazines, including Men's Journal, Maxim, Blender, and Sync, and he's previously served as a monthly technology columnist for both SPIN and WWE Magazine. As an industry expert, he's been interviewed by or quoted in the New York Times, USA Today, the Atlantic, Mother Jones, Fast Company, and many other publications.
Loading...
or
Not Currently Available for Direct Purchase