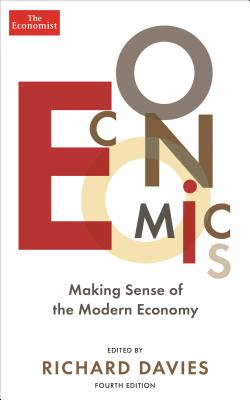 Making sense of the modern economy

By The Economist, Richard Davies

The world of economics is changing. Years of turmoil in the global economy mean that nothing will ever be quite the same again.

This is the starting point and theme of this radically revised Economist books classic, now available for the first time in America.

Richard Davies, economics editor of The Economist, takes us on a journey through the paper's own analysis of the state of the world's economies, how we reached this point and what to expect in the next decade. He explores:

what's gone wrong since 2008, why it's happened and how we can stop it happening again;
the shifting focus of economics from banking to labor economics;
the future hopes and challenges for the world economy.

Along the way, we encounter the global economy laid bare, from banks, panics, and crashes to innovative new policies to improve how markets function; from discussions around jobs, pay, and inequality to the promise of innovation and productivity; from the implications of emerging markets and the globalization of trade through to the sharing economy and the economics of Google and eBay.

The result is a fascinating review of the global economy and the changing role of economics in the new world order.

Richard Davies is the Economist's Economics Editor, a microeconomist with a background in consultancy, at the UK Competition Commission and the Bank of England.
or
Not Currently Available for Direct Purchase
Copyright © 2020 American Booksellers Association