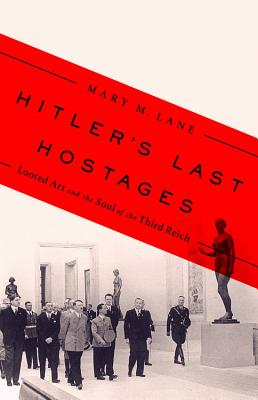 Looted Art and the Soul of the Third Reich

Adolf Hitler's obsession with art not only fueled his vision of a purified Nazi state--it was the core of his fascist ideology. Its aftermath lives on to this day.

Nazism ascended by brute force and by cultural tyranny. Weimar Germany was a society in turmoil, and Hitler's rise was achieved not only by harnessing the military but also by restricting artistic expression. Hitler, an artist himself, promised the dejected citizens of postwar Germany a purified Reich, purged of "degenerate" influences.

When Hitler came to power in 1933, he removed so-called "degenerate" art from German society and promoted artists whom he considered the embodiment of the "Aryan ideal." Artists who had produced challenging and provocative work fled the country. Curators and art dealers organized their stock. Thousands of great artworks disappeared--and only a fraction of them were rediscovered after World War II.

In 2013, the German government confiscated roughly 1,300 works by Henri Matisse, George Grosz, Claude Monet, and other masters from the apartment of Cornelius Gurlitt, the reclusive son of one of Hitler's primary art dealers. For two years, the government kept the discovery a secret. In Hitler's Last Hostages, Mary M. Lane reveals the fate of those works and tells the definitive story of art in the Third Reich and Germany's ongoing struggle to right the wrongs of the past.

Praise For Hitler's Last Hostages: Looted Art and the Soul of the Third Reich…

"A scrupulous account of Hitler's abiding obsession with art and Germany's cultural patrimony...a convincing, full-throated case for the German government to amend its laws and practices regarding looted property."—New York Times Book Review

"Lane engagingly
recounts how dealers who formerly represented avant-garde artists quickly
adapted and dumped their 'degenerate' modernist clientele, except for purchases
at knock-down prices for their private collection[s]. . . . A gripping,
original contribution to a still-unresolved Nazi crime."—Kirkus Reviews, starred

"Congratulations to Mary Lane...the author of the compelling, chilling and thoroughly researched Hitler's Last Hostages... It's a must-read."—Financial Times

"An excellent book...It really is a fascinating story of how history plays into modern politics. Well worth the read. Mary's a terrific reporter."—Ben Shapiro, The Daily Wire

"The
revelatory saga of a monumental Nazi art theft and all the perpetrators, from
Hitler to the modern museum directors who ignored the glaring signs of looted
art. This riveting unraveling of one of the most outrageous and monumental
chapters in stolen art is a must-read art crime chronicle."—Anne-Marie O'Connor,author of The Lady in Gold

"Mary M. Lane
skillfully chronicles the saga of a huge trove of art that had seemingly
disappeared during World War II and the Holocaust. It's a gripping tale
punctuated by plunder, profiteering, and self-serving rationalizations. Most
chillingly, the outright deceptions continued long after the collapse of Hitler's
Third Reich."—Andrew Nagorski,author of 1941: The Year Germany Lost the War and Hitlerland

"In this valuable
study of an important piece of history, Mary M. Lane tells a shocking
story of theft, horror, and lack of redemption."—Laurence Rees, authorof Auschwitz and The Holocaust: A New History

Mary M. Lane (b. 1987) is a nonfiction writer and journalist specializing in Western art,Western European history, and anti-Semitism. Lane received one of five Fulbright Journalism Scholarships at 22 years old, gained international recognition as the chief European art reporter for the Wall Street Journal, and published numerous exclusive Page One articles on the art trove of Hildebrand Gurlitt. Since leaving the Journal, Lane has been a European art contributor for the New York Times. She splits her time between Berlin and Virginia.
Loading...
or support indie stores by buying on