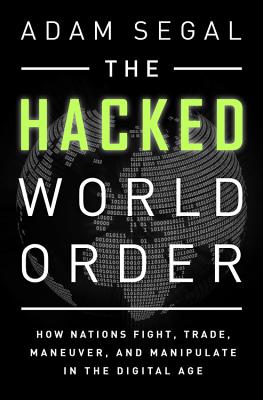 How Nations Fight, Trade, Maneuver, and Manipulate in the Digital Age

For more than three hundred years, the world wrestled with conflicts that arose between nation-states. Nation-states wielded military force, financial pressure, and diplomatic persuasion to create "world order." Even after the end of the Cold War, the elements comprising world order remained essentially unchanged.

But 2012 marked a transformation in geopolitics and the tactics of both the established powers and smaller entities looking to challenge the international community. That year, the US government revealed its involvement in Operation "Olympic Games," a mission aimed at disrupting the Iranian nuclear program through cyberattacks; Russia and China conducted massive cyber-espionage operations; and the world split over the governance of the Internet. Cyberspace became a battlefield.

Cyber conflict is hard to track, often delivered by proxies, and has outcomes that are hard to gauge. It demands that the rules of engagement be completely reworked and all the old niceties of diplomacy be recast. Many of the critical resources of statecraft are now in the hands of the private sector, giant technology companies in particular. In this new world order, cybersecurity expert Adam Segal reveals, power has been well and truly hacked.

Praise For The Hacked World Order: How Nations Fight, Trade, Maneuver, and Manipulate in the Digital Age…

"[Adam Segal] gives us plenty of reasons to wonder how long global powers will keep from going 'nuclear' in cyberspace."--Wall Street Journal

"Segal examines numerous instances of cyberwar, some of which may come as news to readers...Netizens and white-hat programmers will be familiar with Segal's arguments, but most policymakers will not--and they deserve wide discussion."--Kirkus Reviews

Adam Segal is the Ira A Lipman Chair in Emerging Technologies and National Security and Director of the Digital and Cyberspace Policy Program. His work has appeared in the Financial Times, Economist, Foreign Policy, Wall Street Journal, and Foreign Affairs, among others.
Loading...
or support indie stores by buying on