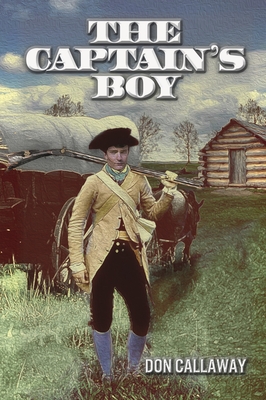 As he returns home from gathering supplies with his father, fourteen-year-old Isaiah is looking forward to showing off his new symbol of manhood to his mother and sisters. What he doesn't expect to find is his home burned and pillaged, his barn up in flames, and his family dead at his feet.

Equipped with nothing but a description of the man who led the raid and the few items the raiders left behind, Isaiah and his father take to the road with one goal in mind: justice. When it is clear justice cannot be obtained without bloodshed, they go to meet General Washington and join the American Revolution.

With his father forming a cavalry of riflemen, Isaiah learns the ways of the wilderness, hunting, and combat from men with their own reasons for joining the war. Realizing he is now a part of a cause bigger than himself, Isaiah gradually finds out what it means to be a man.

Don Callaway has been writing for as long as he can remember. The world of books was a very important part of his childhood and he continues to be a bookaholic to this day. He wrote while attaining both his undergraduate and masters degree from LSU and was a founding member of a playwright's workshop theater while an undergraduate. Don has been a bartender, a nightclub manager, a public school teacher, a university instructor, and both a call center representative as well as an instructional designer. He has written stories and plays and poems as well as a sci-fi novel, We Three Kings (unpublished). While serving as a public school teacher, he noticed how few historical novels there were for boys that were set in the Revolutionary War. This was the germ of his historical novel, The Captain's Boy. He is currently composing a sequel, to be called The Captain's Spy. Don grew up in Louisiana and later lived in Colorado Springs, CO; Lancaster CA; and Denver, CO. He is presently retired and writing from his home in Cheyenne, Wyoming.
Loading...
or
Not Currently Available for Direct Purchase