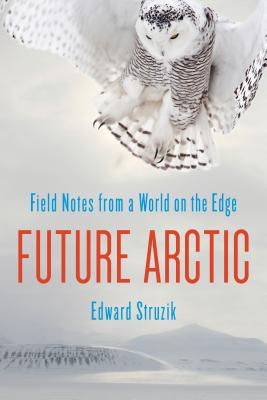 In one hundred years, or even fifty, the Arctic will look dramatically different than it does today. As polar ice retreats and animals and plants migrate northward, the Arctic landscape is morphing into something new and very different from what it once was. While these changes may seem remote, they will have a profound impact on a host of global issues, from international politics to animal migrations. In Future Arctic, journalist and explorer Edward Struzik offers a clear-eyed look at the rapidly shifting dynamics in the Arctic region, a harbinger of changes that will reverberate throughout our entire world.

Future Arctic reveals the inside story of how politics and climate change are altering the polar world in a way that will have profound effects on economics, culture, and the environment as we know it. Struzik takes readers up mountains and cliffs, and along for the ride on snowmobiles and helicopters, sailboats and icebreakers. His travel companions, from wildlife scientists to military strategists to indigenous peoples, share diverse insights into the science, culture and geopolitical tensions of this captivating place. With their help, Struzik begins piecing together an environmental puzzle: How might the land’s most iconic species—caribou, polar bears, narwhal—survive? Where will migrating birds flock to? How will ocean currents shift? What fundamental changes will oil and gas exploration have on economies and ecosystems? How will vast unclaimed regions of the Arctic be divided?

"Provocative…detailed, impeccably reported exploration of how man-made climate change is already reshaping the Arctic…The Arctic’s future isn’t bright, says Struzik, but it is adaptable, if we’re smart. In any case, it is inevitable, and Future Arctic is a must-read for lovers of the far north and climate change realists."
— Outside Online

"...a timely contribution to the global discussion of the Arctic’s value to economics, culture, and the environment."
— CHOICE

"In this engaging and powerful book, Ed Struzik draws on firsthand experience and analysis of policy decisions to provide a detailed account of Arctic ecosystems stressed by shifting weather patterns, pollutants and disease. Through Struzik’s compelling insights the reader can begin to draw connections between Arctic environmental change and events occurring elsewhere much further south."
— Erica Dingman